The Barra MacNeils Among Recipients of 25th Anniversary ECMA Award in Halifax, NS

Cape Breton Island’s The Barra MacNeils were recipients of a special ECMA 25th Anniversary Award, presented at the gala show at Halifax’s Cunard Centre. The special award, designed to recognize artists who have been fixtures on the East Coast music scene in the 25-year history of the ECMA organization, was a pleasant surprise for the group members, who were also featured as a live performer on the awards gala show that night.

The Sydney Mines family group, celebrating over 25 years years in the music industry as a touring and recording act, has not slowed with time. Just last year, two new recording projects were released as well as engaging in coast to coast theatre touring and festival performances throughout North America. 2013 will see more of the same for the group having just returning from theatre dates in the American North East in February as well as headlining one of the largest Celtic Festivals in the Southern USA in Texas earlier in March. 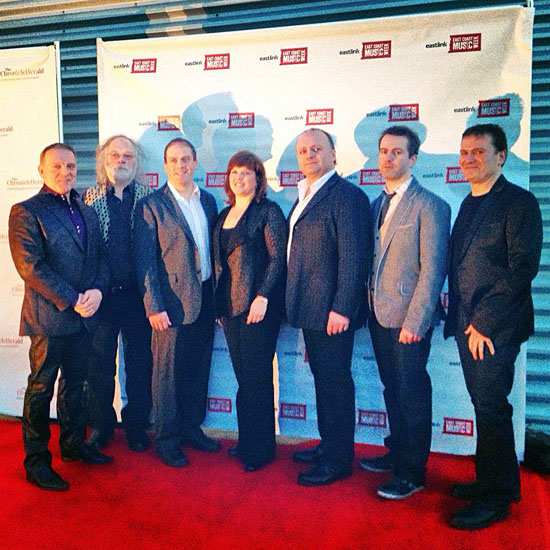 Press photo of the group (including long time bassist and honourary MacNeil, Jamie Gatti) on the 2013 ECMA Gala Red Carpet.