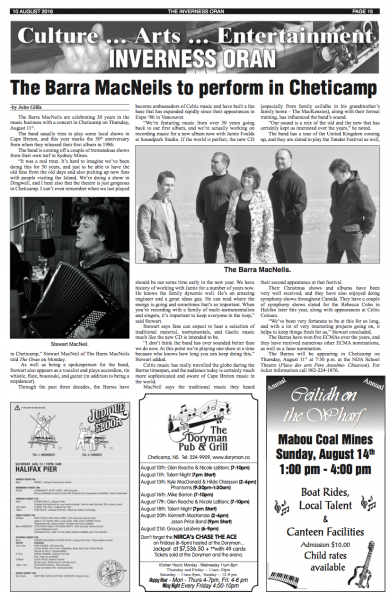 “The Barra MacNeils are celebrating 30 years in the music business with a concert in Cheticamp on Thursday, August 11th. The band usually tries to play some local shows in Cape Breton, and this year marks the 30th anniversary from when they released their first album in 1986. The band is coming off a couple of tremendous shows from their own turf in Sydney Mines.”