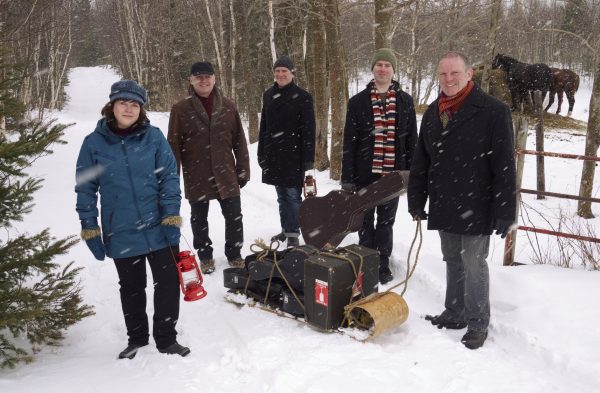 An East Coast Christmas with the Barra MacNeils, features the five Sydney Mines musical siblings with a new show full of seasonal favourites, original tunes, songs, stories and dance – all with their unique Celtic spin. A family tradition for many, the show is a perfect way to celebrate the musical magic that the holidays can bring.

“We are thrilled to be coming back to so many cities and towns across Canada to do our Christmas show,” says Stewart MacNeil.  “It is our favourite time of the year and we love to celebrate with our fans.”

One of the highlights of the tour will be a special return to Roy Thompson Hall in Toronto on Dec. 21st as well as the now annual tradition of multiple dates at The Rebecca Cohn in Halifax, NS. The multi-award-winning group is currently working on a new album – due for release in the spring. The release entitled On the Bright Side will feature new recordings of both original and traditional music with the first single out in early December just in time for their tour. A limited release 3-song sampler will be available ONLY at their live shows on the Christmas tour.