Barra MacNeils return to Cornwall’s Aultsville Theatre on May 28 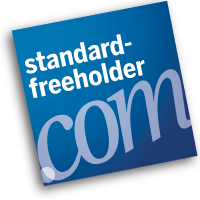 Celtic and Gaelic music fans have something to look forward to this month, because The Barra MacNeils are returning to Cornwall for the first time in years to play at the Aultsville Theatre on May 28.

The multi-award winning band from Cape Breton is doing an Ontario tour this month to promote its new album, On The Bright Side. Vocalist and accordion player Stewart MacNeil said he is looking forward to the concert and seeing people from the large Gaelic community in Glengarry.

“We are pretty pumped to be coming back,” he said. “People can expect a very energetic show that has quite an arsenal of instruments onstage, including Celtic harps, accordions, wooden flutes, piano, pandeiros from Brazil. Just wow. “

The new album will soon be available for fans to listen to on streaming services such as Spotify and Apple Music, and MacNeil says they are very proud of it.

“It was a real labour of joy. It’s got a nice mix of new songs and some Gaelic music. Lucy Sheumas has never sounded better. And, of course, it has some trademark Barra MacNeil harmonies,” he said. “I really enjoyed a song Lucy sings called Ribhinn Donn. It’s a Gaelic ballad, and it’s a gem of a song.”

The band will be performing both its new and old favourites at the concert in Cornwall. Stewart said anyone who is a fan of the band or the genre should come out for it.

“There will be step dancing, and we’ll have people dancing in the aisles before it’s all over,” said Stewart.

Celtic and Gaelic music is one of the most popular styles of folk music in Canada, with fans all over the country and different backgrounds. The Standard-Freeholder asked Stewart why he thinks the genre has such broad appeal.

“It’s timeless. I think that’s what it is,” he said. “The Gaels have been making music for about 6,000 years. So you take that and add the modern influences and the fun people have … there’s a universal quality about it that’s infectious. It’s a celebration of the good and bad in life. That’s the strength of it: it’s human.”