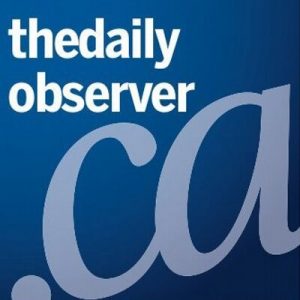 Hailing from Sydney Mines, Cape Breton Island, The Barra MacNeils are a musical quintet composed of siblings Stewart (on flute), Kyle (on fiddle), Lucy (on bodhran), Sheumas (on keyboard) and Boyd MacNeil (on fiddle).

Dubbed Canada’s Celtic ambassadors, the siblings have been enchanting audiences for more than 30 years with their unique style of music inspired by Celtic tradition.

With more than a dozen albums and three Christmas albums to their name, they’ve inspired new generations to enjoy Celtic music as parents and their children make it a tradition to enjoy a Barra MacNeils concert or listen to their music at Christmastime.

Now, after a few quieter years, The Barra MacNeils are back with a new album they’ve titled ‘On The Bright Side’.

The new album features the band’s distinctive family harmonies and an array of rhythmic instrumentation that weaves through traditional Cape Breton sounds, classic Barra MacNeils style, a cappella and even a cover of ABBA’s ‘The Way Old Friends Do’.

Stewart MacNeil expressed that some of the songs will make listeners feel like they’re in an East Coast kitchen party, while others might move them to tears.

“The album includes some great traditional music, some new songs, some instrumentals and also interesting covers too. There’s one tune on there that is an ABBA cover of ‘The Way Old Friends Do’ and it really works well with the family harmonies,” said MacNeil.

To promote the new release, the band will soon be kicking off their 2018 ‘On The Bright Side’ East Coast tour.

Stewart MacNeil expressed that after many years the band is very excited to have a new studio project out and looks forward to taking it out on the road.

“We performed songs from the new album at the 30th anniversary gala show of the East Coast Music Awards a couple of weeks ago and it was really well-received,” said MacNeil. “So we’re really looking forward to touring this album. There’s lot of great material, we have a lot of fun with it and I’m sure the audience will have a blast as well.”

MacNeil said that they are eager to revisit with fans both new and old as they travel across Ontario and make a stop at Pembroke’s Festival Hall on May 27.

“We’ve been to Pembroke before but it’s been several years. So we’re looking forward to revisiting Pembroke and hopefully seeing some familiar faces,” said MacNeil. “Sometimes you see people you knew and then you see these kids who grew so big from the last time you saw them. They say their parents used to take them to our shows and now they’re the ones bringing their parents to the shows. It certainly is a great inter-generational show for the whole family.”

For those who have yet to experience a live Barra MacNeil’s performance, MacNeil said that they there will be a nice mixture of beautiful vocal harmonies, step dancing and a multitude of instruments on stage.

He said that they plan on making it a memorable night and one that will get the audience up and dancing along – be it on their feet on in their chair.